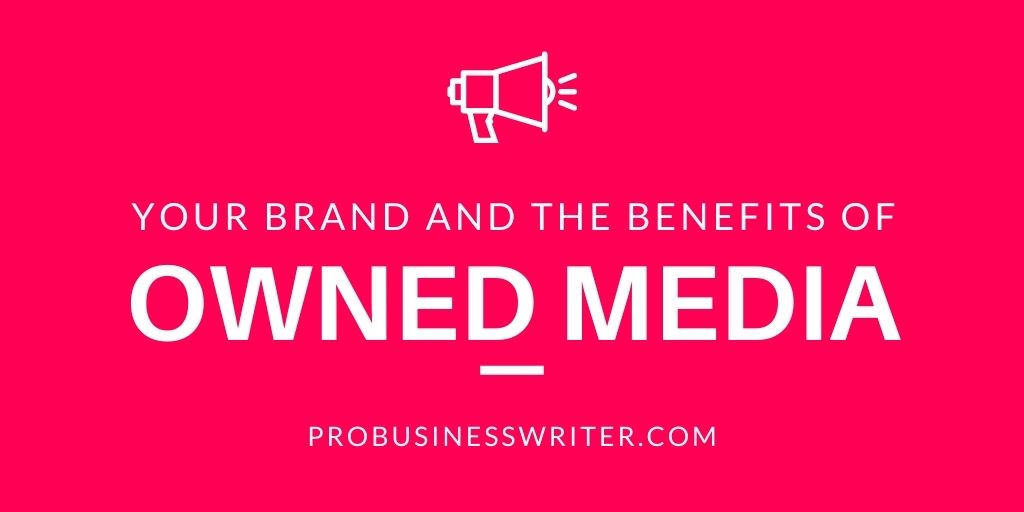 When it comes to seeking visibility or exposure for your brand, you have plenty of options to choose from—traditional media, social networks, blogs, and more. One of the best paths is something called “owned media.”

Let’s explore the concept of owned media, what sets it apart from key alternatives, and why it’s worth investing time (and money) into building it into your content strategy.

What is “Owned Media?”

When we talk about “owned media,” what we mean is any media you have full control over. In other words, you:

To better understand owned media, it can help to compare it to other options like rented media, earned media, and paid media. What are each of these?

What is Rented Media?

Rented media is sometimes confused for owned media. A great example of rented media would be your company’s social media accounts.

You might feel like you have a sense of ownership over those accounts, but ultimately the control belongs to the social network. You almost always grant them a license to your content that can be shared and re-published without your explicit consent on a case-by-case basis.

More important though, your presence on rented media outlets relies on their own existence and policies. If policies change, your content might suddenly be removed, and you might not have backups to republish that material elsewhere.

Similarly, I’ve seen more than a few social networks disappear over my years specializing in social media and online PR. When networks shut down, I’ve watched people lose years’ worth of content they published.

If you don’t control when a form of media shuts down, it’s not owned.

What is Earned Media?

Earned media is the crown jewel in PR. This is when you obtain media placements because others feel you’re worth talking about.

Press releases, for example, are a tool used to secure earned media.

With press releases, you’re announcing to journalists, bloggers, and others that you have something interesting to share. You have news their readers, viewers, listeners, or followers will want to know about.

If your news is legitimately of interest, and you’re a trustworthy source, you might secure media coverage as a result of your news release. That’s an example of earned media.

What is Paid Media?

Paid media is exactly what it sounds like – coverage or exposure you pay for.

Traditional advertising to get your company mentioned in a relevant publication, website, or broadcast would be a prime example.

5 Benefits of Owned Media vs Other Options

A solid promotional strategy should incorporate some mix of these media types. But the benefits of owned media mean you should never neglect it.

Essentially, you make the rules. You decide what content to create. You control the design or presentation. And you control branding elements (for example, no social network branding on your content).

When you own your media, you have more direct influence over who you’re able to reach (such as building your own lists). You also have more control over conversions, being able to test various messages and designs without the limitations third-party platforms impose.

3. With owned media, your content isn’t at the mercy of third-party whims.

On that note of third-party platforms, with owned media you never have to worry that years’ worth of content will vanish just because a social network or other outlet closes its doors. Your content, as long as you back it up regularly, can be transported whenever and wherever you want to move it.

4. Owned media can be cost-effective.

While not all alternatives are costly, owned media is often a cost-effective communications and promotional tool. That doesn’t mean it’s free. You’ll still pay for hosting, email marketing services, and possibly freelance help or staff to create your content. But compared to expensive ad buys, it can be a bargain.

You decide what to publish or produce, and when. That gives you much more control than earned media where even significant stories can take a back seat on a busy news day.

Owned media doesn’t need to be the extent of your content strategy. But it makes for a strong foundation you can build upon.

Do you need help coming up with a content strategy or creating content for any of your media channels? Get in touch and let’s talk about how I can help.

In my work as a freelance writer and PR professional I’ve been cited as an expert source, had my sites ranked as top resources in their niches, and have been asked to give interviews with or contribute to various outlets (not including pitched guest posts or freelance work). Here are some of those places…